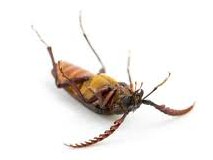 Do you know what GMO (Genetically Modified Orgaisms) food really is? Do you know how the do it and how it works? Do you think GMO food is good for us? Is GMO altered food even safe? The answers to these qustions might shock you. This short video gives you insight to the original vs. the modified foods.

GMO really stands for “Genetically Modidfied Organisms”. I thought the O was part of “Modified”. But this video explains how it is a process of using scientifically altered microorganisms to alter the food.

Imagine eating food that was covered with unlimited amounts of round-up, an herbicide used by farmers that kills weeds. Imagine the food being altered to give off it’s own pesticide so bugs won’t invade it. Would you eat vegetables covered with bug killer? If not, why would you eat a vegetable that makes it’s own pesticide? If you are not eating organic, chances are you have eaten GMO food such as that mentioned in this video. From now on, I’m eating organic… or Beyond Organic!

Let me know your thoughs below.

4 replies on “What is Genetically Modified Food?”

Thank you Dr. Haley for another informative video – we all need to see more videos like this to wake us up!

Scary. This is a very illuminating video…..everyone needs to know about this. WOW….thank you for sharing.

Pretty scary! We think that we are eating fresh wholesome foods only to find out that they are Genetically Modified! Who knows what the outcome will be to humanity another 10 years down the road.
Go Organic and Beyond!!

Read Acres USA issue online about GMO problems. Also Tainio Tech. seminar from last year spent 4 hours talking about GMO-how is it really produced and what problems it is causing. GMO pollen has covered the earth. It is found in rain water. Corn, wheat, soy, Canola are the main GMO foods. GMO alfalfa has come out. Another farmer told me about his neighbor that has GMO alfalfa. It stinks so bad when they cut it that they have to close all windows. We are surrounded by GMO garbage. Learn to grow some of your own food biologically.