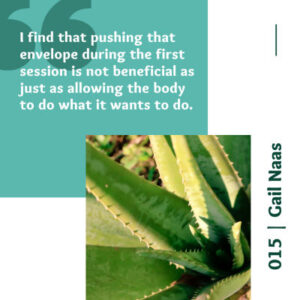 On today’s show we are again joined by colon hydrotherapy expert Gail Naas. This is a follow-up show to episode 14, and in this one, Dr. Haley shares his first colonic irrigation experience with Gail.

You will learn that a colonic irrigation with an experienced professional like Gail is an extremely comfortable and painless procedure.

For all this and much, much more, tune in to our latest show now.

What You Will Learn In This Show